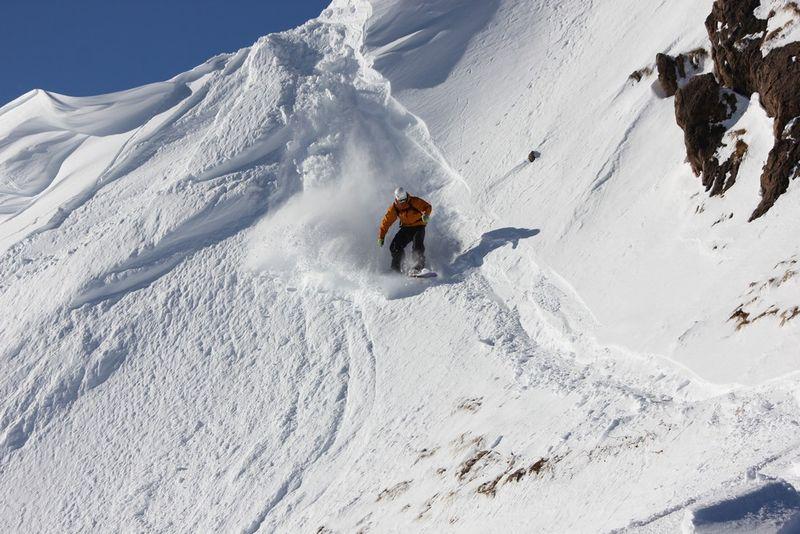 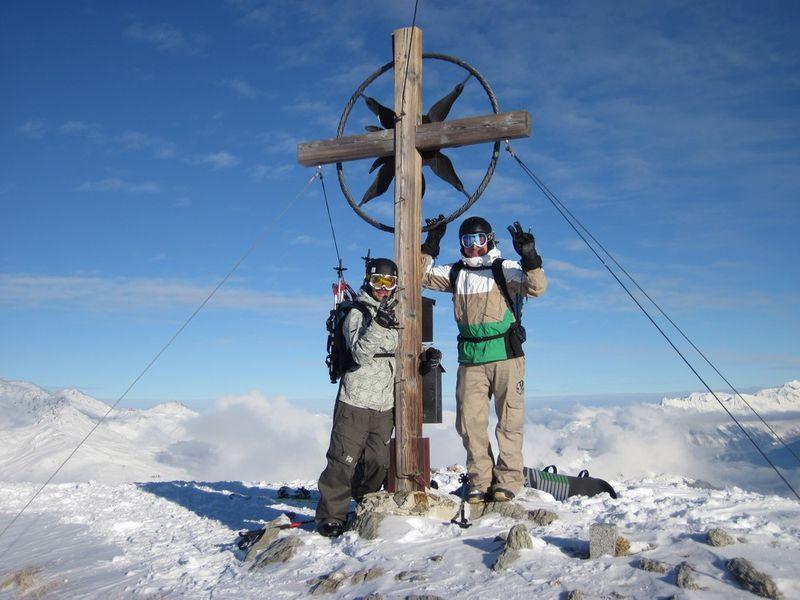 All-year round skiing on the Hintertux Glacier

The Hintertux Glacier offers ski and snowboarding fans pure skiing pleasure all year round. Situated high above the Ziller Valley in the Austrian Tyrol at between 1,500 and 3,250 metres, it attracts beginners and advanced skiers alike. Due to its altitude, it is the only resort in Austria that remains open all year round, so the season in Hintertux runs from May through to next May. While the seasons change down in the valley, there is permanent ice at the top of the glacier. Since all the lifts run in parallel, skiing can continue in Hintertux even during the obligatory maintenance work. Whatever your standard, with around 60 kilometres of slopes you can be sure of a great time. The 24 pistes are distributed as follows:

Thanks to its altitude, the Hintertux Glacier is one of the most dependable resorts in Austria in terms of snow cover. On the mountain, the snow is often between two and three metres deep. As for the weather, September boasts an average of 22 sunny days. The most challenging descent in the whole area is the Sonnenhang, which drops 200 metres over the 500m-long run. That’s a staggering 40 percent gradient! The longest descent in the area is the Schwarze Pfanne (in English the ‘Black Pan’), which runs from the Tuxer Joch down to Hintertux. The drop here is 960 metres over the entire 7-kilometre run – a ‘mere’ 13.7 percent.

The ski area in detail

Visitors can enter the gleaming white winter wonderland of the glacier by taking either the Sommerberg gondola or the Gletscherbus 1. Both take skiers and snowboarders from the valley station up to the Sommerbergalm. Beginners will find numerous blue runs right around the Sommerbergalm, especially towards Tuxer Joch. More advanced skiers will want to continue on the Gletscherbus 2 or Fernerhaus-Bahn to Tuxer Fernerhaus, where there are plenty of red slopes. There are more red and blue runs around the Olperer 1 + 2 and Kaserer 2 lifts. Gletscherbus 3, the highest bicable (2S) gondola lift in the world, takes you even higher with spectacular views all around. Up here, mogul fans should check out run number 8a, known as the Buggelpiste, which heads down over moguls and bumps – ideal for those who enjoy descending in rapid short turns.

There are other challenging descents around the Schlegeis Glacier. From the other side, starting at the Lärmstange lift, there are several trails leading down through deep snow and ungroomed terrain. Even more advanced skiers will find these quite a challenge.

Experienced ski mountaineers are spoilt for choice on the Hintertux Glacier, especially towards the end of winter and in spring, with plenty of great routes. One of the most stunning, the Waldabfahrt (tree-lined slope) takes you down all the way into the valley, although in late spring you have to watch out for glacial crevasses.

At 3,200 metres, the Betterpark Hintertux is a Mecca for all freestylers. In fact, it’s the highest freestyle spot in Austria. The park is open from mid-September to December and again from April to the end of May. Many professionals come here to train for the competition season. Even if you’re not quite ready to give it a try yourself, you’ll be amazed at the tricks and breathtaking jumps on display.

For young freestylers, there is even a separate kids’ slope with a wave run and two tunnels. No doubt some of them will eventually move on to perform even more daring stunts in the Betterpark!

What are your fitness and stamina like? Good? Then check out the Zillertal Glacier Circuit – 72 kilometres with 15,000 metres of altitude – from the Penken, which lies in the Mayrhofen ski area, via Rastkogel and Eggalm to the Hintertux Glacier.

Gastronomy on the glacier

• The Spannagelhaus offers a modern ambience at an altitude of 2,530 metres on the Spannagel 2 descent. The Tyrolean Knödel-Dreierlei (dumplings) is delicious!

• The Wirtshaus am Tuxer Ferner at 2,660 metres is an all-rounder: whether you fancy dreaming by the fireplace, chilling in the lounge or sunbathing on the terrace. The chef’s Tyrolean Schmankerl (delicacies) are out of this world!

• The Tuxer Fernerhaus serves up tasty food right at the heart of the resort. As well as Tyrolean delicacies, it has an excellent salad bar in the self-service restaurant.

• The kitchen at the Hochleger restaurant on the Sommerbergalm (2,100 metres) is completely open, so hungry skiers can look directly over the chefs' shoulders as they prepare steaks, pasta or Asian specialities.

• The Gletscherhütte cabin at the Schlegeis mountain station exudes a rustic atmosphere. At an altitude of 3,075 metres, it is the highest privately run cabin in Austria.

• Gourmet diners will not want to miss the restaurant at the Hotel Berghof in Tux. The award-winning cuisine includes regional specialities and dishes from all over the world. The five-course gourmet menu is highly recommended.

• For après-ski, try the Sommerberg Arena, where the house DJ creates a great atmosphere in the umbrella bar. Down in the valley, skiers and snowboarders head for Hohenhaus Tenne at the valley end of the Gletscherbahn. With regular live bands, you can be sure of a lively party mood.

Alternative programme of activities at the Hintertux Glacier

Poor weather? No problem. Down in the valley, there are all sorts of activities to pass the time. How about a game of darts or billiards at the Kleine Tenne, the Rinderhof or Café Tuxertal in Tux?

Feeling tired? Then treat yourself to a massage or cosmetic treatment at Wellnesshotel Bergland, Hotel Eden or Sporthotel Kirchler. If you are feeling more energetic, you can hire a squash court at Alpenbadhotel Hohenhaus.

The adventure pool in nearby Mayrhofen promises fun in and around the water. And if you’re already there, why not take the nostalgic Zillertaldampfbahn (steam train) all the way to the terminus at Jenbach? The Hintertux Glacier also boasts a unique natural attraction – the Eispalast (Ice Palace) – an amazing voyage of discovery for children and adults through a huge walk-in crevasse with ice crystals, a glacial lake and frozen waterfalls.

Of course, there are also winter hiking trails and toboggan runs in Hintertux if you fancy a day off from the skis.