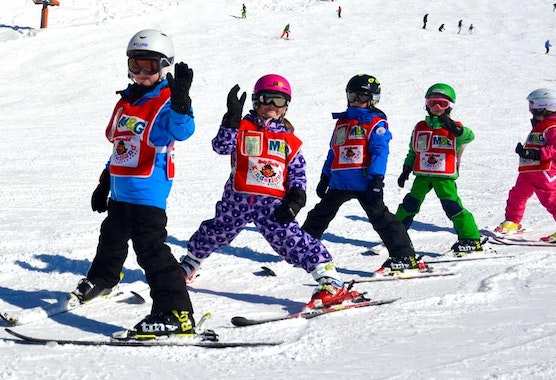 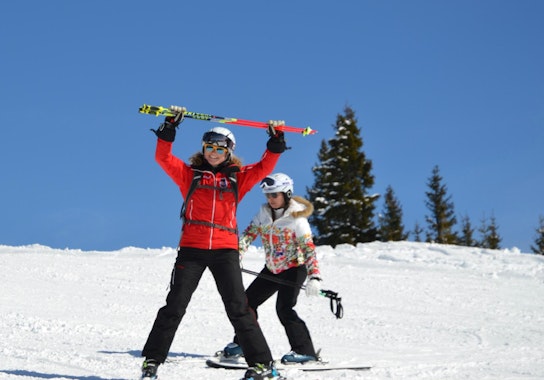 The Streif – the best-known piste in the skiing region of Kitzbühel – has a reputation for being the most dangerous and difficult downhill run in the world. Every year, the World Cup comes to the Streif in the form of the annual Hahnenkamm race, which attracts the jet set and numerous high profile figures; the clubs and bars of Kitzbühel host nightly parties during race week. There are plenty of shopping options in the resort too, including luxury labels.

The slopes of Kitzbühel

Kitzbühel has more than 170 kilometres of descents, with 54 lifts and gondolas transporting guests to the peaks (the highest point in the skiing area is at 2,000 metres). The Hahnenkammbahn whisks skiers to the skiing area above Kitzbühel, where the summit station opens onto a true paradise for skiers and snowboarders. More than half of the slopes are blue descents, suitable for beginners; around 60 kilometres are classified as red, intermediate slopes while 17 kilometres are black. These latter, demanding descents include the world-famous Streif, which has hosted the Hahnenkamm race since 1937. The Mini-Streif near the Gamslernbahn is a skills course for the youngest skiers. The practice lifts in the valley are free, but a ski pass is required to use the other cableways.

Kitzbühel is all about variety and wide slopes. The Streif, the most difficult and dangerous piste, is just one of many diverse descents in the Kitzbühel region. The three most challenging sections of the Streif, which are generally iced over, are designated ‘extreme ski routes’. An easier version of the Streif is the family section, which is classified red and misses out the three toughest black sections of the Streif; this 3,500-metre run gives guests a taste of competitive conditions. The longest descent in the Kitzbühel area extends 8,300 metres and promises uniquely panoramic views. A deep snow slope opens up unique descents for freeriders, with some mogul slopes calling for a degree of technical ability. The Snowpark Hanglalm presents a world of choice for beginners and advanced freestylers, while the youngest guests flit between the skiers and snowboarders in the Kids Area of the snowpark. One small tip: night skiing under floodlights is offered on the slopes of the Gaisberg and at Reith.

Visitors can stop for a bite at many cabins in the area; most popular dishes include sweet Kaiserschmarrn raisin pancakes, savoury cheese spaetzle and Tyrolean Gröstl (mixture of meat and saute potatoes). Apple strudel is another recommended speciality. The Pengelstein mountain restaurant is situated at an altitude of 1,930 metres. Whether seated indoors or on the sun terrace, diners enjoy sweeping views of the Kitzbühel Alps. When the visibility is good, there are stunning views of the Grossglockner and the Grossvenediger, Austria’s highest mountains, to the south. At 1,660 metres above sea level, the Hochkitzbühel mountain restaurant spoils skiers and snowboarders on the Hahnenkamm. The menu features many regional delicacies, both sweet and savoury; international dishes are also available. For romantics, the Hochkitzbühel serves a weekly candlelight dinner – which can be rounded off in fine style with a night-time cableway ride. Of course, many skiers have something else in mind when the sun goes down: namely partying! Rumour has it that après-ski was invented in Kitzbühel. There is no proof, but VIPs and Hollywood stars can still be spotted in the bars and restaurants of Kitzbühel – including The Londoner pub, a popular live music venue. Another hotspot adjacent to the base station of the Hahnenkammbahn is the Hahnenkamm Pavillon. Jimmy’s is also a favourite haunt of night owls, located close to the Casino Kitzbühel.

What to do when the weather turns

Even when the sun disappears in thick fog or heavy snowfalls, there is no need for visitors to get bored. The Aquarena spa and leisure centre has an extensive pool complex complete with slides and paddling pools, along with a Turkish hamam and Finnish sauna. Wellness treatments can be booked in advance. Kitzbühel also caters to shopaholics, with the latest fashion and luxury accessories available on the main shopping street; exclusive labels like Gucci, Prada and Rolex are just some of the brands on show. Wildpark Aurach also offers a change of scene for families with children when the weather rules out skiing. The wildlife park around four kilometres from Kitzbühel is accessed either by car or Wildpark taxi. At Casino Kitzbühel, meanwhile, roulette and blackjack await: visitors can gamble their own chips, or simply watch the high rollers play. The casino hosts regular events such as Gentlemen’s Night, when men literally get their money’s worth.

The weather in Kitzbühel

Located at the northern extremity of the Alps, the Kitzbühel skiing region is sure of snow. Skiing is possible on as many as 200 days a year. Cable cars generally open in October, with the season extending until May. In February 2016, a record snow depth of more than six metres was measured on the slopes of the skiing region. The average snow depth in the same year was 120 centimetres on the mountain and 44 centimetres in the valley. In an average winter season, temperatures generally hover between -10°C and 6°C. The sunniest winter months are January and April, followed by February and December.

The freeride zone near the Bichlalm is recommended for experienced skiers and ski touring enthusiasts, and the routes are maintained by a snow groomer. To ensure safe off-piste adventures, guides can be booked through the local ski schools. For another alternative to speedy descents, guided snowshoe treks lead through the mountainous landscapes and forests of Kitzbühel’s environs. Guides also share interesting facts about the region and its people – and after completing three treks, guests earn themselves an honorary hikers’ lapel pin. Exclusive, high level cuisine is served at the gourmet Kupferstube restaurant, which was awarded three Gault-Millau toques in 2018. Elsewhere the Café Praxmair serves speciality coffees and hot chocolate with whipped cream. The rustic-style café also has delicious cakes and gateaux. Parties at The Londoner are the stuff of legend: the pub established in 1976 is a popular meeting place in Kitzbühel. Some people choose to pop the question against the stunning mountain backdrop of Kitzbühel – and whether the proposal is made in a gondola, a mountain cabin or in the snow, the moment is sure to be unforgettable. Marriage ceremonies can be organised in Kitzbühel with the help of a local wedding planner. The resort’s exclusive hotels have stylish rooms of various sizes for the purpose.