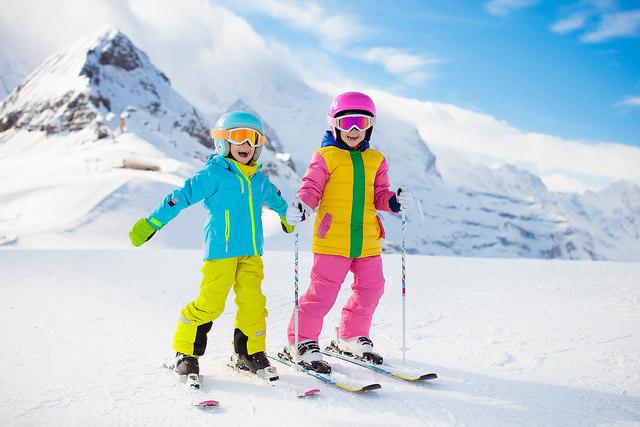 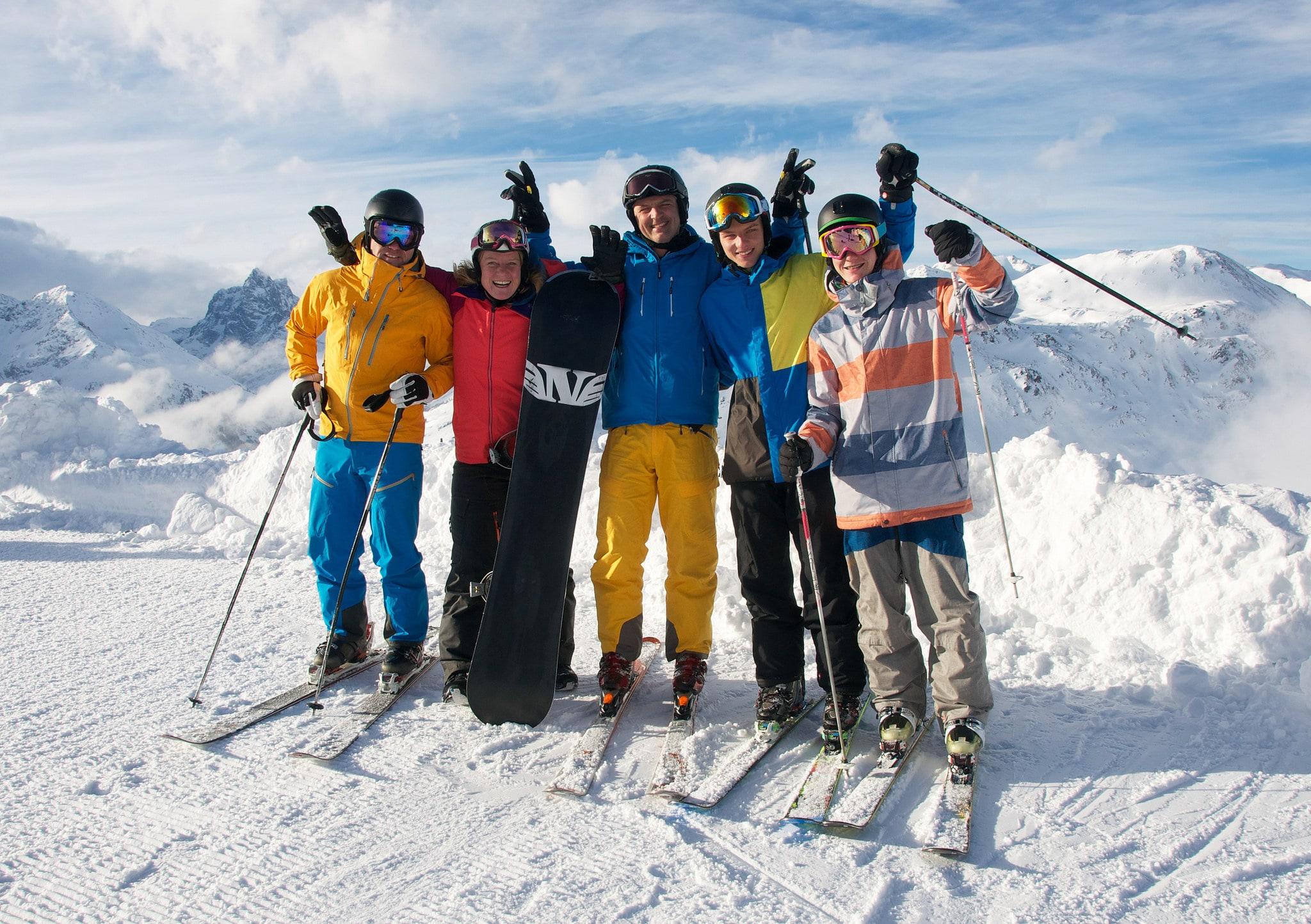 Oberwiesenthal (officially “Kurort Oberwiesenthal”, reflecting its status as a spa town) lies in the Erzgebirge, or Ore Mountains, and is home to the biggest ski resort in eastern Germany. It features up to 20 kilometres of slopes situated between 900 and 1,210 metres above sea level and can be reached via the Fichtelberg cable car, the oldest of its kind in the country. Oberwiesenthal is the highest town in Germany, and its ski resort is the highest in Saxony. The resort is complemented by the attractions offered by the Czech spa town of Klínovec just over the border. Together, they form the InterSkiregion Fichtelberg-Klínovec. Oberwiesenthal’s slopes are perfect for both beginners and experienced skiers, while there are also runs for snowboarders. It has a total of four slopes for beginners, nine for advanced skiers and one for experts. The resort ranks as one of the 15 most family-friendly places for winter sports in Germany. Oberwiesenthal is well-known for being the home town of Jens Weissflog, triple gold medallist at two Winter Olympics: Sarajevo in 1984 and Lillehammer in 1994.

The winter sports on offer

The ski resort provides access to some sixteen kilometres of downhills with eleven individual runs, which are served by eight ski lifts and six snow blowers. As the slopes themselves are at a relatively low altitude, snow conditions vary during the season. There are a total of 6.6 kilometres of blue, 6.1 kilometres of red and 2.6 kilometres of black runs. Winter sports enthusiasts can choose between the Fichtelberg (1,215 metres above sea level) and the Kleiner Fichtelberg (1,206 metres above sea level) next door. The trip on Germany’s oldest cable car or on the chairlift takes you to the summit of the Fichtelberg. Shorter runs at the foot of the Kleiner Fichtelberg are suitable for beginners. Not far from the cable car is Fichtelchens Winterland, which offers all kinds of entertainment, a ski carousel and a fun park to keep young visitors happy.

From the top station, blue-flagged forest runs lead down to the Himmelsleiter lift, whose road link and car park make it a good spot for starting or ending your day’s skiing. Meanwhile, in the direction of the Kleiner Fichtelberg, another blue-flagged forest run leads to expansive meadow slopes ideal for some carving. There is also a red run on the Kleiner Fichtelberg itself that can be reached via the Kurven lift. A black run at Schönjungferngrund is designed for experts, who will pass chairlifts and the cable car on their 300-metre descent.

Insider tips for Oberwiesenthal and around

• The Oberwiesenthaler Skifasching (“ski carnival”) is held in the town every February for visitors and local carnival fans and features a varied programme of events, parades and demonstrations on the “Dreihübelschanzen” ski jumps. • The Wiesenthaler K3, an EU project on cooperation with the Czech Republic, houses a ski museum, library and tourist information centre. The building used to be home to Saxony’s royal forestry office. • There are three airports within two hours’ drive, making Oberwiesenthal an easy-to-reach destination for a weekend of skiing or snowboarding. Karlovy Vary airport in western Bohemia is only an hour away. • The Fichtelberg offers the opportunity for night-time skiing on a floodlit slope 750 metres long that stays open until 9.00 p.m. There is also a speed test run and a snow park open to skiers of all levels. • For visitors staying longer (two or more days), ski passes include free bus trips to the resorts and mountains in the whole of the InterSkiregion Fichtelberg-Klínovec. • Season ticket holders for the two Oberwiesenthal ski regions and the Liftverbund Feldberg in the Black Forest get a week’s free use of the slopes of the respective partner. Due to the distance between them, however, another weekend should be set aside for this.

Restaurants and après-ski on the piste and afterwards

In terms of summit restaurants with fine views, recommendations include Das Guck, the Fichtelberghaus and the Erzgebirgsstuben as well as the self-service Himmelsleiter. Skiers are also well catered for down in the valley in the form of the Restaurant Zur Schwebebahn, while the Berghütte Pistenblick is on hand to provide sustenance between the Kurvenlift and the chairlift. The restaurant in the Hotel Jens Weissflog offers evening “Schanzenmenüs”, while the Rotgiesserhaus serves regional specialities and venison. Keen après-skiers will never be short-changed at Sabines umbrella bar, while the rustic Prijut12 by the valley station hosts live music. With its cocktails and long drinks, kiwis is the perfect place for lounge bar fans, while the Rotgiesserhaus serves its wines on tap.

Away from the slopes and in bad weather

Being a spa town, Oberwiesenthal offers a great deal in terms of wellness and relaxation. Visitors to the aquarium can even see a coral reef up close. Families that like to inject a little more activity into their holiday can tackle the toboggan run on the Fichtelberg, which descends back into the valley through nearly two kilometres of countryside and through the middle of a spruce forest. A speed test run and half-pipe with fun slope are equally popular. You can also visit the slide area with rails and other obstacles. The main slope in the Eis- und Sportarena Oberwiesenthal includes a 900 m2 artificial ice rink where everyone is sure to find the right line.

The Fichtelberg cable car is worth a ride in almost all weathers. The oldest of its kind in Germany still in active service, it offers its up to 44 passengers a view of the entire valley and the mountain peaks. For anyone looking to explore the region in a more relaxed setting, there are 75 kilometres of cross-country ski trails and 26 kilometres of ski touring trails. Also recommended is a view of the Klínovec mountain peak (1,244 metres above sea level) on the Czech side. Five marked winter hiking trails lead to destinations including a natural ice rink and to Boží Dar three kilometres away, which has a snowtubing track.

The weather in Oberwiesenthal

The winter season lasts nearly three and a half months from early December to late March, making it slightly longer than the German average. During the season, the snow is likely to be just over 50 centimetres deep on the mountain and 33 centimetres in the valley. January is the snowiest month with higher precipitation levels. Oberwiesenthal is the most snow-sure ski resort in the state of Saxony.