In cooperation with INTERSPORT RENT 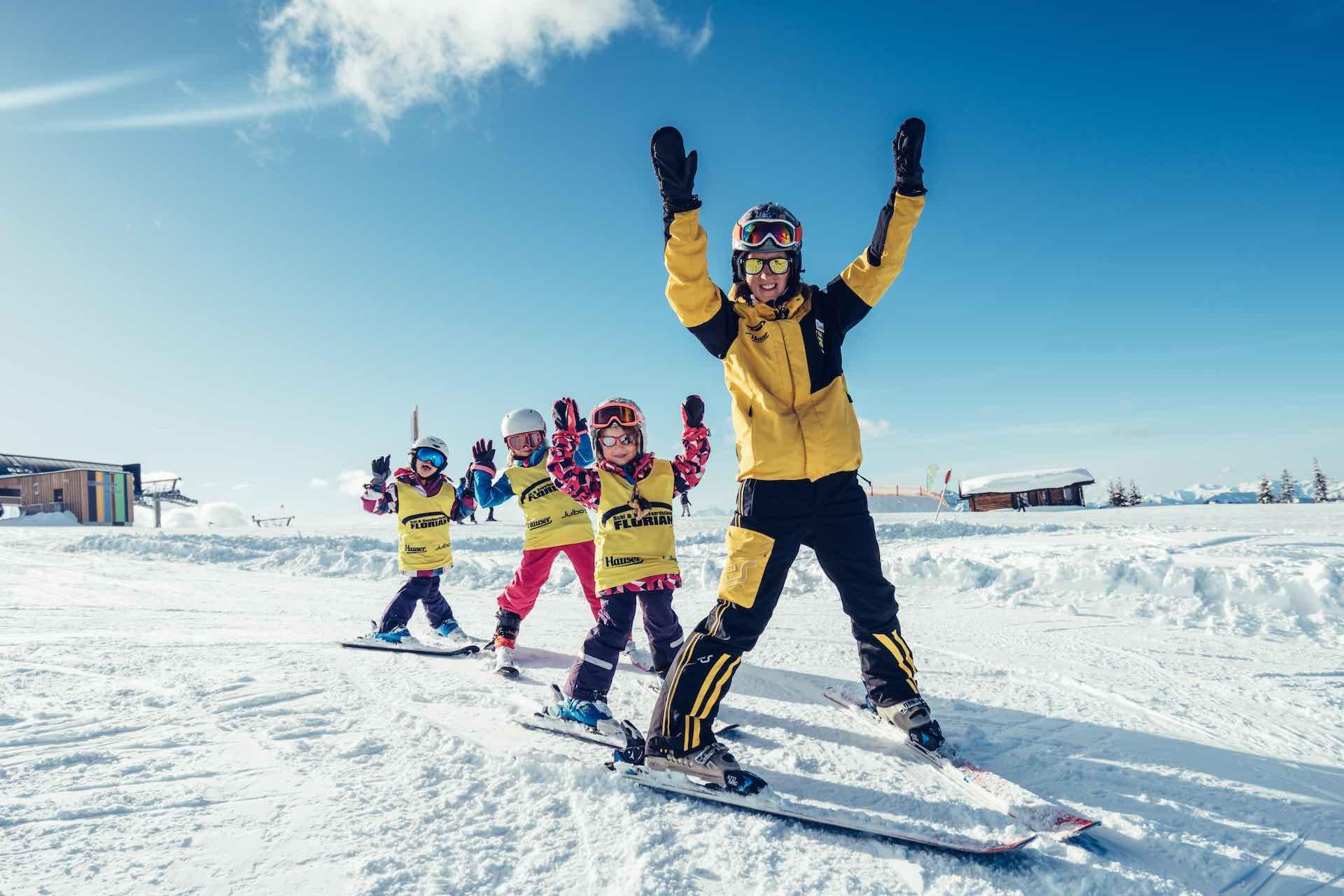 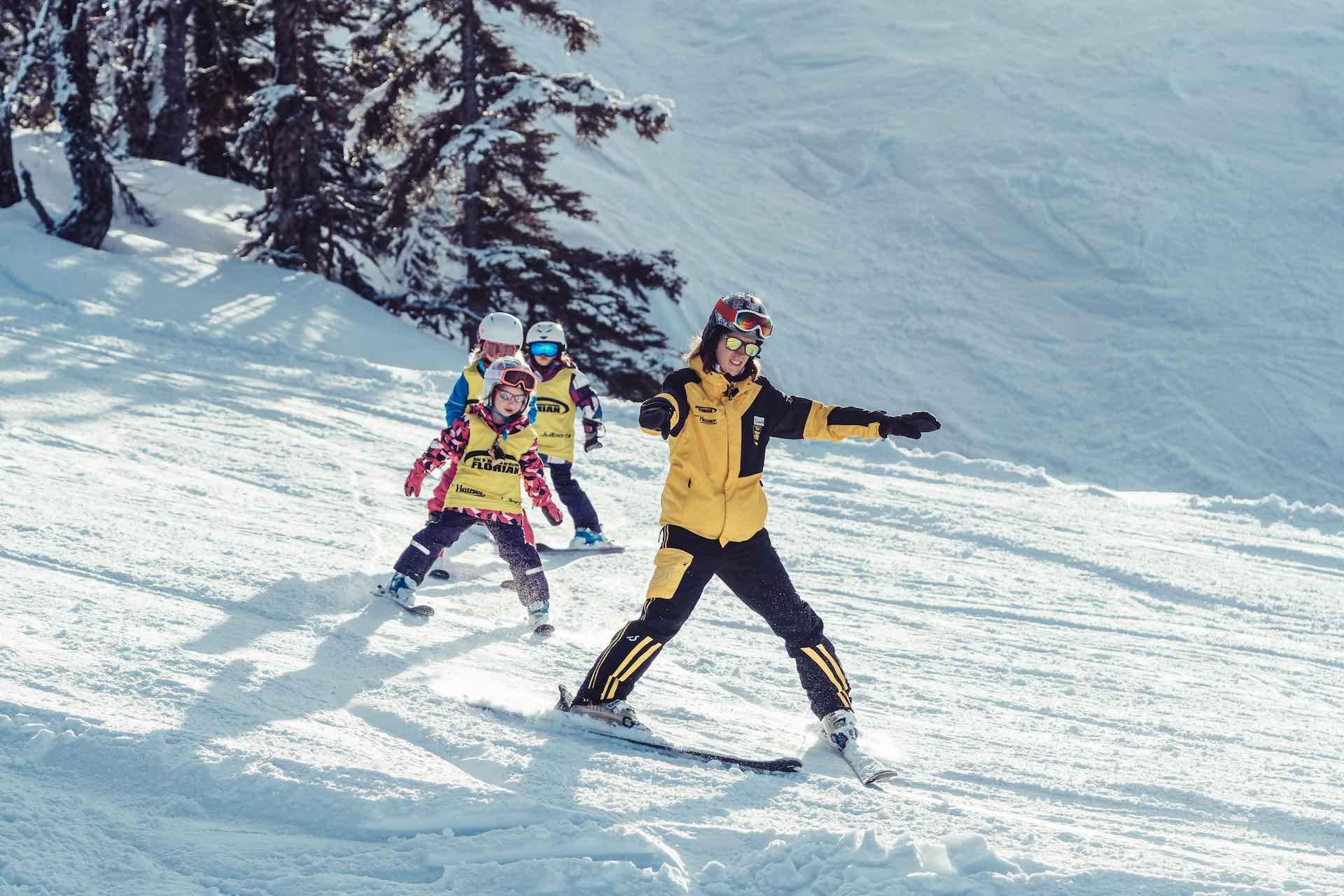 Flachau: Idyllic village in the heart of Ski Amadé

Flachau is the perfect destination for anyone looking for a diverse skiing region with a full range of slopes: the village is cosy, tranquil and less crowded than other skiing resorts. It also stands in the heart of Ski Amadé, Austria’s biggest network of ski destinations, which comprises 760 kilometres of slopes in total. Flachau also benefits from an early start to the season, with few visitors arriving before Christmas. The area is distinguished by its wide, clear slopes, many of which are ideal for families with children – although there is also plenty to satisfy more ambitious skiers. Here, every skier will find his or her own highlights.

‘Snow Space Salzburg’ – encompassing the villages of Flachau, St. Johann and Wagrain – offers access to 120 interconnected kilometres of piste, with 60 slopes served by 44 modern cable cars. Those sampling skiing for the first time, or in need of a refresher course, can choose from a dozen ski and snowboard schools, which cater to everyone from the very youngest visitors to adult newcomers. After mastering the practice slopes, skiers and snowboarders can attempt one of the many blue and red slopes.

Advanced skiers, meanwhile, will head for the Trio Infernale, as the three black slopes at Alpendorf in Sankt Johann im Pongau are known. Varying in length and steepness, the trio of slopes promises adrenaline, thrills and spills. At 182 metres in length, the shortest slope is the Hexenschuss – but with gradients of up to 70%, it presents a serious challenge. The Schlangengrube is the longest slope with a length of 1,045 metres and a gradient of 45%, while the 445-metre Habergeiss-Ritt occupies the middle ground with an incline of 64%.

Skiers can test their racing skills on Flachau’s giant slalom course. With professional-style timekeeping plus computer evaluations, mini championships can be held between family members and groups of friends. Those wishing to emulate legendary skier Hermann Maier can pay a visit to the Hermann Maier World Cup track; the piste named after the native of Flachau in 2003 forms part of the Ski World Cup circuit to this day. The elite of women’s skiing convene once a year for a night slalom event, but on any other day, skiers can cut loose and enjoy the same thrill of racing experienced by stars of the sport on the 600-metre track. Meanwhile there is plenty to satisfy freestylers at the Snowpark Alpendorf, where snowboaders and freeskiers can put their skill, speed and style to the test over the many jumps and boxes.

Away from the slopes, visitors can explore the environs of Flachau via various ski tours or on a Fatbike: with tyres 4.8 inches wide inflated to the correct air pressure, cycling can also be a winter pleasure. For more thrills, there is the Lucky Flitzer toboggan run. A lift transports adventurous types to the start point, where they set out on the 1,100-metre descent. With five gyros and two jumps, this enjoyable sledging run is something of a roller-coaster. Even in Flachau, the weather sometimes takes a turn for the worse – but even then, skiing can be part of the picture. Half an hour from Flachau at Werfenweng is a ski museum showcasing skis and costumes from a bygone age. Those who allow for an hour’s travel can either reach the city of Salzburg or indulge at Bad Gastein’s two thermal springs. Also close to Salzburg is the Hallein Salt Mine, where the whole family can wander through the tunnels of a salt mountain. Events and exhibitions take place at the mine year-round. On New Year’s Eve, visitors can slip into the new year on two undergrounds slides.

The skiing region has more than 60 places to eat, spread equally between Flachau, Wagrain and Alpendorf. Even on the busiest days, winters sports enthusiasts will find a place to go – and with everything from rustic cabins to après ski events, there is something for all tastes. Foodies can be sure of a treat, with regional and home-style fare served up alongside burgers, pizzas and other specialities. On bright and clear winter days, loungers are available on restaurant terraces for an extended break. At the Dampfkessel, skiers and snowboarders savour superb views as well as the warming rays of the sun over a good meal; the Dampfkessel is also a perfect place for après-ski. Other venues for post-ski partying include the Lisa Alm, Herzerlalm and the Hofstadl Après-Ski-Tempel. For a swift drink between descents, meanwhile, the Fliegenpilz umbrella bar makes an ideal outdoor stopover bar.

With snow certain from December to March, the season here is a long one. On the higher elevations around Flachau, the average snow depth is no less than 160cm – and if there should be less natural snowfall than usual, artificial snow machines make up the shortfall. From the first weekend in December onwards, everyone can take to the slopes. Flachau gets plenty of sunny days, and even when patches of fog may hang in the valley in the early mornings, bright blue skies often await up on the mountain. The sunniest month is usually February.

When the weather is good, early risers can take advantage of a unique weekly experience in Alpendorf: the Early Bird offer promises the use of empty, freshly groomed slopes before the regular opening times. In other words, Alpendorf opens its doors to those seeking to carve the first tracks in the glittering snow. Afterwards, early birds can enjoy a delicious cabin breakfast on the mountain. It is also easy for guests to explore Flachau by segway. There is nothing quite like riding a segway on snow – and the many cleared and rolled pathways make this possible. For the perfect view, guests are advised to head for the viewing tower at the Gernkogel summit, where they can marvel at the countless surrounding peaks. In summer, Alpendorf’s Ghost Village promises children an exciting change of scene (with few exceptions, only some spirits can be spotted in the winter). The spirits appear along the Teufelsroute in the form of witches and mischievous helpers of St. Nicholas. Snowbikes offer another way to ride down the slopes of Flachau: two skis, one at the front and one at the rear, are attached in the place of wheels – but otherwise a snowbike resembles a normal bicycle. The rider also wears two short skis to ensure stability. Suitably equipped, users carve their way downhill in a seated stance. For those in need of some soothing care amidst all the activity, the Massage Drive-In at Wagrain offers just the right treatment for aching feet and sore backs. Located in a tent by the side of the piste, experienced practitioners supply balm for the calves of skiers, massaging the muscles into shape for their next descent.