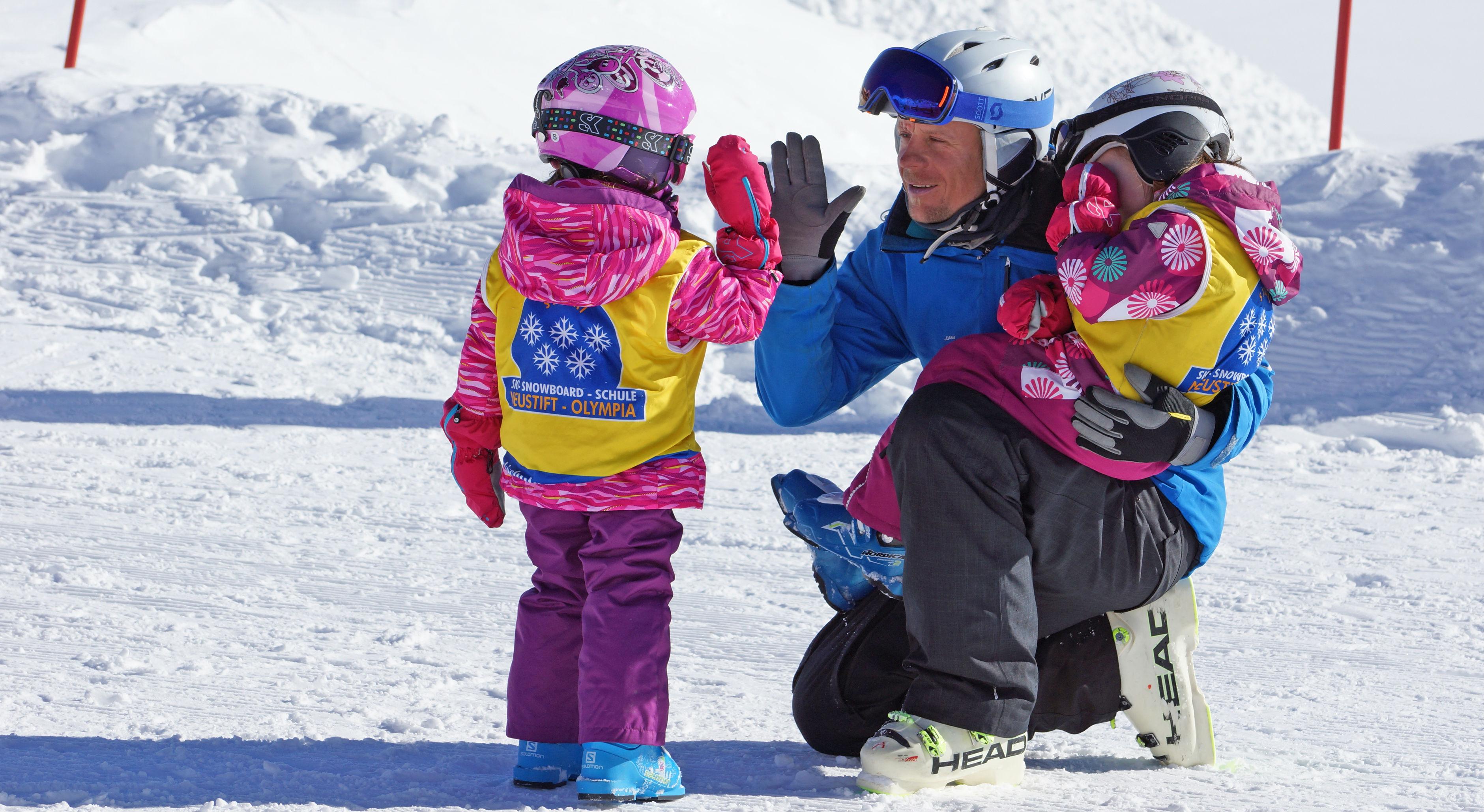 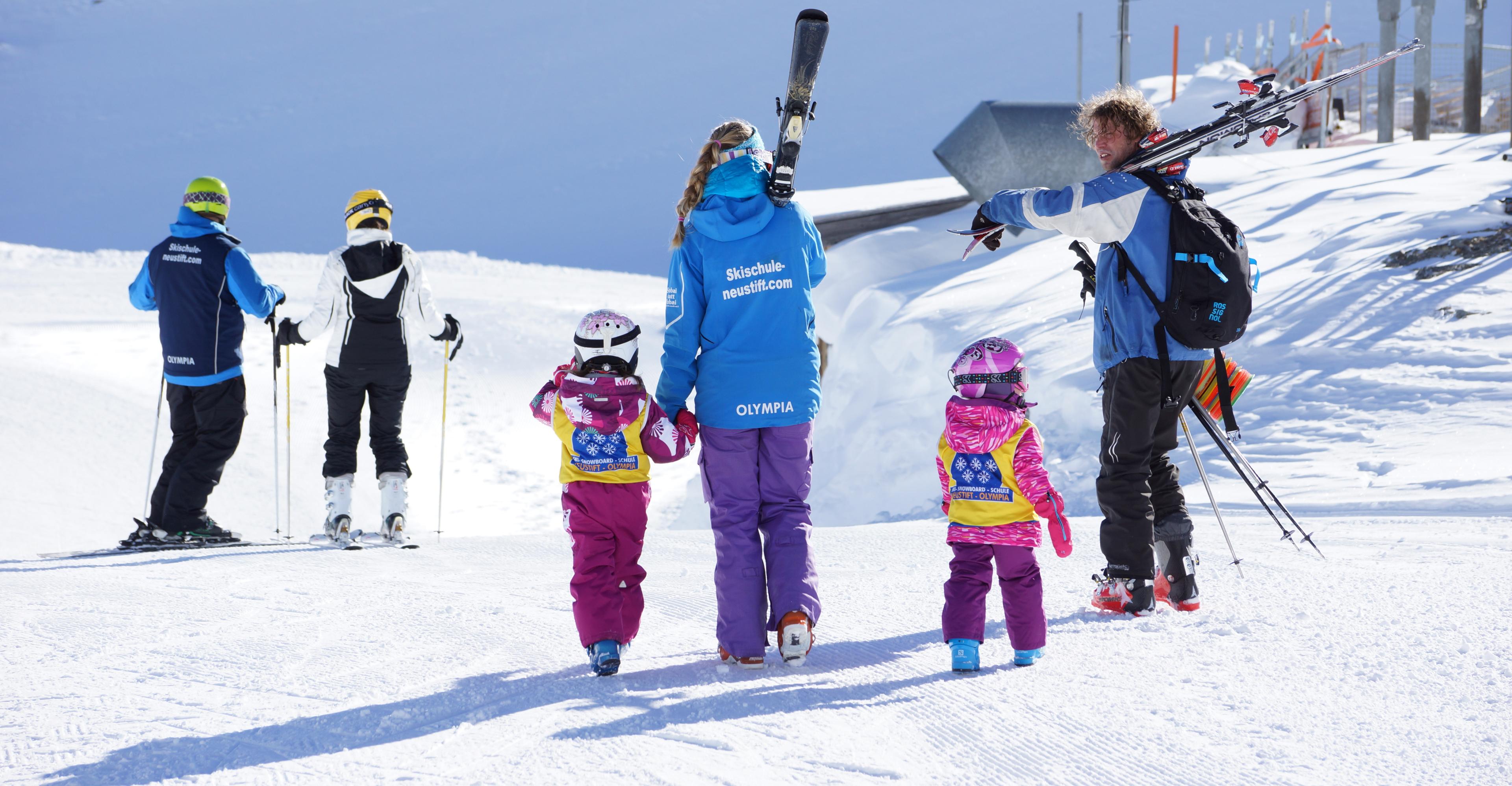 A breath of fresh mountain air up on the Stubai Glacier

Austria’s largest glacier skiing area can be found at the bottom end of the Stubai valley. Thanks to the altitude – between 1,695 and 3,210 metres – the season here is particularly long. Up on the Stubai Glacier, you can ski and have fun on the slopes even if there is no snow in sight at the bottom of the valley, or if everything has already melted and summer is calling. With 26 lifts and 35 varied descents, the area is a magnet for skiers and snowboarders. In all, there are 64 kilometres of pistes covering 205 hectares. Most of the runs are pretty easy, with 23 kilometres of blue runs. A further 15 kilometres are classed as red and 4 kilometres as black. The area is very popular with off-piste fans and boasts no less than 13 different freeride trails. With such a variety of slopes, the glacier ski area is suitable for families, freeriders, snow park enthusiasts and those with more competitive sporting ambitions.

One of the resort’s main features is the 3S Eisgratbahn, the longest tricable gondola lift in the Alps. This remarkable blend of design and functionality takes skiers and snowboarders comfortably up to the ski area. From the Eisjoch you have two downhill options: the crisp descent over the Windachferner or down over the Gaiskarferner via the fun park. If you fancy a panoramic circuit of the different glaciers, you can start at the Schaufelspitze (3,333 metres) and take in the entire ski area. You can see at least part of the circuit from the Top of Tyrol viewpoint. In fact, the view stretches all the way across to Sölden in the Ötz valley. The slopes here are wide enough for carving, and, if you have the stamina for it, you can take the Wilde Grub'n run all the way down into the valley, an impressive 1,500-metre descent over the ten-kilometre trail. Although the downhill run is designated as a ski route in the resort map, it is only groomed during the high season. It’s best tackled in the morning, when the conditions are better. Only very experienced skiers should attempt it in the later afternoon when the conditions are less favourable and you may be getting tired. Beginners should get some practice in higher up, then take the gondola down into the valley and enjoy the views from above during the leisurely descent. Freeriders will love the Powder Department on the Stubai Glacier, which boasts a total of 13 breathtaking off-piste trails spread all over the resort. Freeriders who want to practise using their LVS avalanche transceivers should head for the LVS training facility at the Gamsgarten mountain station. Safety comes first at all times. Two LVS checkpoints are located at the Eisgrat and the Gamsgarten. In the mornings, you will also find a mountain guide there, and you can book a guided tour. At the BIG Family Ski Camp, fully trained monitors are on hand to look after younger skiers between the ages of 3 and 15 while the grown-ups are out pounding the slopes. There is even a special children’s restaurant, a carousel, a mini obstacle course and a separate beginners’ line in the snow park.

If you've always wanted to try out ice-climbing and clamber up an ice tower with crampons and an ice axe, look no further than the Stubai Glacier. There are regular ice-climbing taster courses. The ice grotto is an absolute must for the kids and can be reached on skis from the Eisgrat mountain station. It’s also a great opportunity to learn about glacial moraines, glacial grinding and interbedding. Freestylers with a thirst for adventure can usually be found at the DC Stubai Zoo snow park. The park lies at over 3,000 metres and offers pro, medium and easy/jib lines. Due to its south-facing location, the sun shines in the park all day long, so you are guaranteed a soft landing! All the objects are shaped daily by the snow park pros.

When it comes to eating out, you’re spoilt for choice. There are seven restaurants and cabins in the ski area, including the award-winning Schaufelspitz. • The gourmet restaurant Schaufelspitz is the highest in the world to boast two toques. Chef David Köstner has received several prestigious awards for his work. High up on the glacier, he creates a range of exquisite regional and international dishes such as dry-aged beef, turbot fillet, saddle of veal and milk lamb, all of which you can enjoy in the cosy Zirbenstube. • For a more casual setting, you can choose between numerous other cabins and restaurants with or without service, for example at the Eisgrat or the Gamsgarten. The self-service Marktrestaurant Eisgrat at 2,900 metres houses the highest pasta factory in the world and serves up traditional favourites such as spaghetti bolognese as well as delicious homemade cakes and desserts in a cosy atmosphere. • The highest restaurant in the ski area is the Jochdohle at the top of the Schaufeljochbahn. Take a break from the slopes and enjoy a delicious burger out on the sun terrace surrounded by amazing views. • Many visitors head to the Steinbock, which serves a hearty mountain breakfast from 8.30 a.m. to 11 a.m., to fuel up for a busy day on the slopes. It is also a favourite stop for a steaming cup of coffee or hot chocolate. • A little lower down, the Dresdner Hütte exudes a rustic cabin atmosphere. The Alpenvereinshütte serves a variety of Tyrolean delicacies. It is located above the Fernau mid-station and can be reached via the Gamsgarten descent.

Because of the altitude, conditions can change very quickly on the glacier, but even if the weather keeps you off the slopes there’s still plenty to do down in the valley. One option is the Neustift Leisure Centre, which has a swimming pool, sauna, shooting range and bowling alley. Or take the plunge at the Stubay adventure pool a little further up the valley. There are activities here for all the family, including the big adventure pool, jacuzzis, slides and a spacious sauna. And don’t miss the Stubai Air-Parc, where you can perform somersaults, jumps and other moves on huge trampolines. There is even a separate area for skateboarders. How about practising some of those stunts you’d like to try out the next day in the snow park? Another option for a rainy day is to head for the Tyrolean capital Innsbruck or the Crystal Worlds attraction in Wattens.