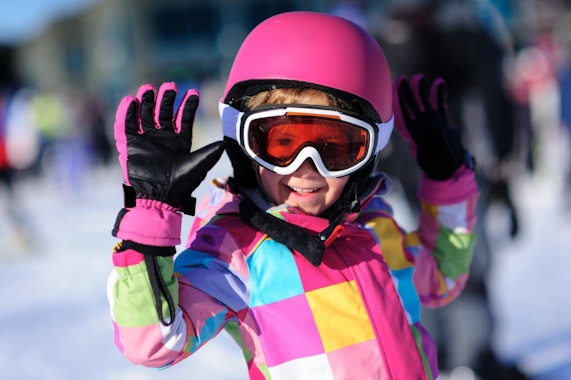 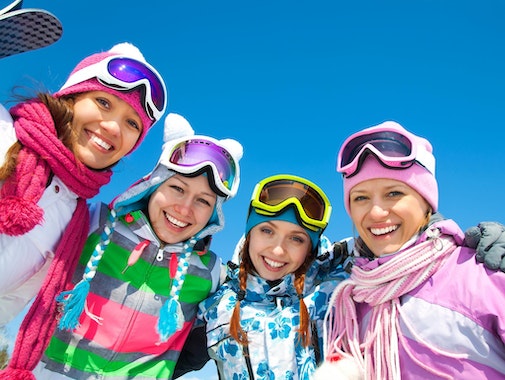 Powder snow in the Sauerland: Winterberg

Winterberg and its surrounding villages are the perfect destination for winter sports enthusiasts north of the Alps. Its central location in western Germany makes the ski resort a popular option for a short break in the snow. Winterberg’s slopes are also well loved by skiers and snowboarders from the Netherlands. Overall, this hub for winter sports boasts over 40 kilometres of mainly blue slopes, with favourites including the Sahnehang in Altastenberg and the family-friendly runs on the Brembergkopf in Winterberg. There is a black slope not far from the St. Georg ski jump in Winterberg. Anyone looking to get around on more than just skis and a snowboard can let off steam on the toboggan runs.

The slopes on offer at the Winterberg ski resort

The Winterberg ski resort is situated in the Rothaargebirge mountain range at between 610 and 815 metres above sea level. As well as Winterberg’s own complex of ski lifts, it also includes the Altastenberg ski complex, the Postwiese-Neuastenberg ski resort and Snow World Züschen. Many of the downhill runs are treated with artificial snow, ensuring sufficient powder snow on the slopes even in milder winters with little snowfall. The largest number of slopes can be found amongst the Winterberg ski lift complex, which offers 34 runs spread across a total distance of 27.5 kilometres. Snow blowers guarantee sufficient powder snow on 28 slopes, even if Jack Frost should ever forget to pay a visit. The Neuastenberg ski complex is located on the southern side of the Kahler Asten, the highest mountain in the Sauerland. Neuastenberg has 10 kilometres of runs, around half of which are blue, with 3.5 kilometres of medium and one kilometre of difficult slopes making up the rest. There is also a two-kilometre-long freeride run for winter sports fans to enjoy. At the Altastenberg ski complex, meanwhile, 17 slopes with a total length of 8 kilometres await skiers and snowboarders. They include three kilometres each of blue and red slopes and two kilometres of black. The family fun park on the Brüchetal slope is the place to go for action. And, last but not least, Snow World Züschen south of Winterberg offers four kilometres of downhill runs. Although it does not have any black slopes, it does have 2.3 kilometres of blue and 1.7 kilometres of red.

Skiing and snowboarding fun for every level

Winterberg’s slopes are ideal for families with children as most of the resort’s slopes are blue, plus there are numerous toboggan runs and a snowtubing track. State-of-the-art chairlifts and tow lifts make it easier for skiers, snowboarders and tobogganists to get up the slopes. The longest runs can be found in the Winterberg ski lift complex and at Snow World Züschen. In the former, these are the slopes on the Bremberg, which can be accessed via the panorama lift (no. 15) and the Schneewittchen six-person lift (no.25); at the latter, the Ziegenhelle forest run (no. 3) comes in at 1,450 metres. Winter sports enthusiasts looking to push themselves will find the challenge they have been waiting for on the steep run in the Postwiese-Neuastenberg ski resort: this slope comes with a timer. A stone’s throw from the steep run is the fun park, which added a fun slope in the 2017/2018 winter season. You can choose between the Easy line, the Jibe line and the Profi line depending on how confident you are on your skis. The wide range of slopes is complemented by numerous toboggan runs and groomed cross-country skiing trails. And, if you find that any of your equipment is missing or broken, you can get help from the local ski and snowboard hire shops. If you’re up for trying out skiing or snowboarding for the first time, you can sign up for a course in one of the ski schools, which teach both children and adults.

Culinary delicacies from southern Westphalia, well-loved dishes from the Alps and international cuisine: gourmets are guaranteed to fill their boots in the Winterberg ski resort. With Sauerland cuisine being on the hearty side, good old pea soup with Mettwurst sausage is rarely off the menu. Another speciality is freshly caught trout. However, the range of culinary options on offer is not just limited to southern Westphalia: the restaurants in and around Winterberg have something to suit every palate. Many focus on regional and home-made produce, such as the delicious cakes offered at Café Krämer or Kaffeehaus Winterberg. The Winterberg ski resort can also compete with the hotspots of the Alps when it comes to après-ski. There are a few rustic cabins right on the slopes themselves, such as the Schneewittchenhaus (“Snow White’s House”). The inn is located right by the eponymous run in the Winterberg ski lift complex and is a great place both to grab some sustenance between descents and to enjoy a romantic dinner in the evening. The Postwiese umbrella bar and Lawine (“Avalanche”) in Neuastenberg are also popular places for a rendezvous. At the weekend, DJs get everyone in the right mood by playing typical après-ski music.

Although you can’t control the elements, bad weather does not automatically mean getting bored, because the Sauerland has a lot to offer its guests even on cloudy or rainy days. To ensure the action doesn’t grind to a halt on days like this, the Kartfun-Astenberg go-kart track is well worth a visit. Housed in an air-conditioned hall, the racetrack is some 550 metres long. As well as the 8 hp karts for adults, there are also mini karts for children over 140 cm tall. Another alternative when the weather isn’t playing ball is the Oversum swimming pool in Winterberg, which includes a sports pool, an outdoor pool, a kids’ zone and a sauna complex. A further option is the listed Astenturm tower, whose foundation stone was laid in 1884. It sits majestically on the Kahler Asten, one of the three highest mountains in the Sauerland at 841.9 metres. The tower contains a viewing platform at the top of an 80-step spiral staircase from where, with a bit of luck, you will be rewarded with an extensive view all the way to the Brocken in the Harz Mountains. The adjacent building houses a hotel with a restaurant as well as an exhibition from the LWL Natural History Museum.

The weather in Winterberg

As you might have guessed from the name, Winterberg is one of the snowiest places in North Rhine-Westphalia. The climate in the ski resort is considered cold and temperate. Unlike in other parts of the state, precipitation is relatively frequent, with the highest average levels recorded in November, December and January. Snowy winters are therefore common. Temperatures fluctuate between 0°C and 5°C in winter and between 13°C and 22°C in summer. Summer highs in excess of 30°C are rare. The winter sports season is heavily dependent on weather conditions. Usually beginning in early December, it can sometimes last into April but is unpredictable, which is why the lift operators respond flexibly even if winter comes on suddenly, supporting Jack Frost with the resort’s own snow blowers. Many of the snowmaking machines were replaced by modern equipment in 2018 and the reservoir was enlarged.

A highlight of any winter season is Winterberg’s Winter Village on the market square along Untere Pforte. The aroma of delicious mulled wine invites you to linger, while the various stalls draw the crowds with their selection of regional produce and handicrafts. The ice rink, meanwhile, is not just for the youngest visitors – adults too are welcome to don their skates for a few laps. Skate hire is available. You can experience a bobsleigh and luge course up close at Bobbahn Winterberg. Guided tours are held every Saturday during the winter season; sign up in advance to secure your place. Anyone keen to emulate professional bobsleighers and lugers can ride as a passenger in the taxi bob or get on a luge themselves and descend part of the course. The taxi bob is driven by an experienced bob driver, who can be accompanied by up to three people. During its high-speed ride down the ice, the bob reaches speeds of up to 130 km/h. Those venturing onto the ice on a luge start at curve 11 after a short briefing, before undertaking a rapid descent that can hit speeds of up to 60 km/h. Helmets and luges are provided.