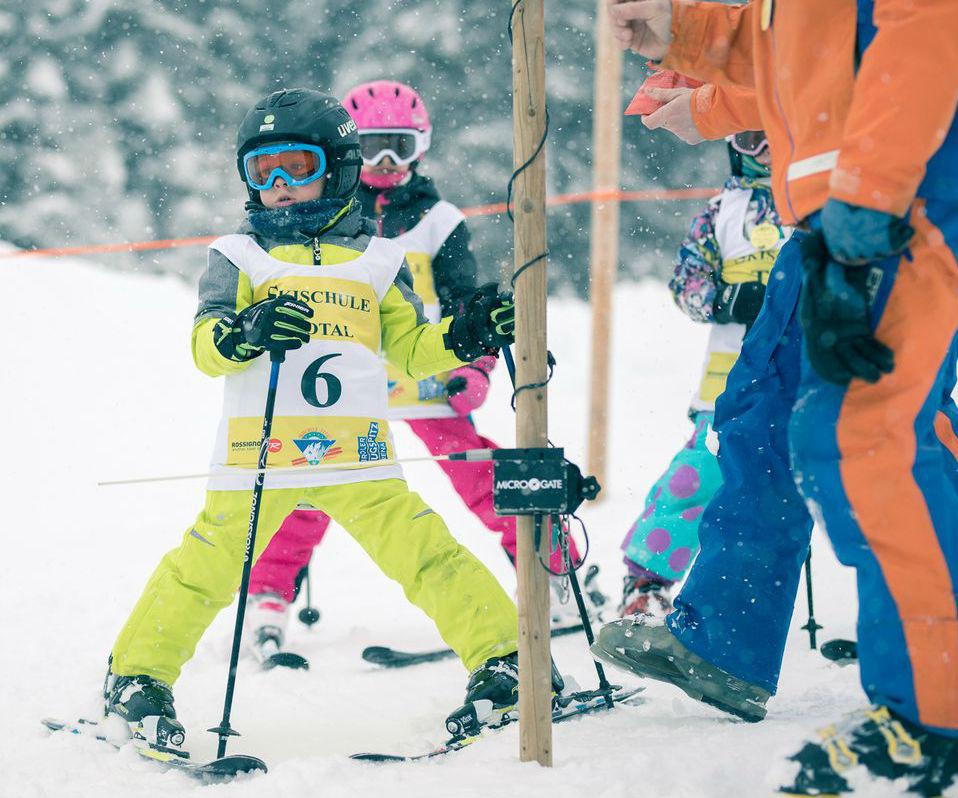 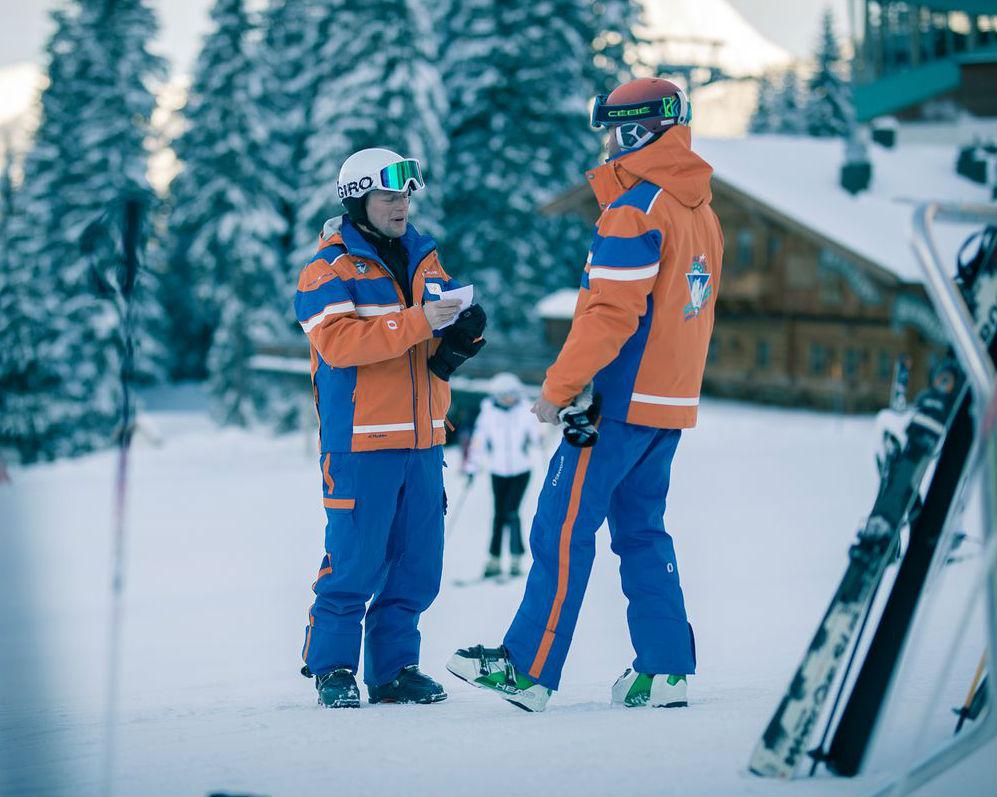 The Zugspitze is located in Upper Bavaria’s Zugspitzland. At elevations of 2,000 to 2,720 metres, the Zugspitze ski area is Germany's highest ski arena, while the Schneeferner is Germany’s biggest glacier, covering 28 hectares in total. The Zugspitzplatt offers Germany’s only glacier skiing – a very special experience. At 3,000 metres above sea level, with pistes of snow and ice set amidst soaring peaks and spectacular slopes, the Zugspitze is guaranteed to have great snow all season long. It has 20 kilometres of pistes for skiers and boarders. They are mostly easy or intermediate runs, with 7 kilometres marked blue and 13 kilometres red. The Kleine Sonnenkar slope is ideal for beginners. The ski area as a whole is well equipped with four drag lifts, two chair lifts, two cable cars and a rack railway, the Bayerische Zugspitzbahn. And lovers of classic cross-country skiing can explore 28.5 kilometres of groomed trails. The longest downhill run covers more than three kilometres. All the pistes are meticulously groomed for skiers and snowboarders using natural snow. There are also toboggan runs and fantastic powder for off-piste skiers.

High up on the Zugspitze

The resort’s excellent conditions and reliable snow are due its high altitude, which also ensures spectacular views from high above the clouds. This German winter sports resort can be accessed from Garmisch-Partenkirchen and Grainau. The summit lies at 2,962 metres and the Zugspitzplatt just below the summit of the Zugspitze is at 2,650 metres. The Zugspitze is one of Germany’s top five ski areas. The elevation difference between the summit and the valley is 2,012 metres, almost three times more than other ski resorts in Germany. As a result, there are lots of long descents to enjoy. When on a winter sports holiday in the Zugspitzplatt Ehrwald ski area, it’s also worth taking the time to explore some of its spectacular geological features, such as the glacier moraines left over from the last ice age.

The ski area is ideal for young skiers as it is very family-friendly. With snow on the ground for six to seven months of the year, and pristine slopes, the area offers a stunning Alpine panorama. Sometimes the powder can be waist-high, making Germany’s highest mountain a magnet for off-piste skiers. Everyone can enjoy the runs on the Wetterwandeck, while the challenging Super-G course is for experts only. Beginners are well catered for, with several blue slopes to choose from and some shorter runs around the glacier. There are several ways to reach the top of the Zugspitze. Take one of the cable cars to the summit, or it is possible to hike to the top on the rocky mountain paths as long as you have the right footwear. It takes less than 15 minutes to reach the top by cable car, either from the Eibsee on the German side or from Ehrwald on the Austrian side. The Zugspitzbahn from Garmisch-Partenkirchen is a rack railway. The train takes 80 minutes to reach the station on the Zugspitzplatt glacier plateau, 400 metres below the summit.

• The Gletcherbahn cable car takes visitors from the Zugspitzplatt to the summit. • It takes 80 minutes to go up the mountain on the rack railway rather than by cable car, giving passengers plenty of time to enjoy the spectacular mountain scenery. They then switch to a cable car for the final part of the ascent. • The top station has a restaurant with a large terrace, a small chapel and lookout points in every direction. • Since December 2017 a new cable car has replaced the aerial tramway that ran between the Eibsee and the Zugspitze. The construction project broke three world records. The cable car was briefly closed for repair work in September 2018. • If you’re feeling adventurous, why not spend a night in the snow at the Igloo Village and wake up to the wonders of fresh powder snow? This icy village also has a bar, kitchen and hot whirlpools. • If you are an off-piste skier, check out the important information provided by the lift operator, the Bayerische Zugspitzbahn Bergbahn AG. Information boards at the rack railway and glacier cable car exits provide tips on the proper equipment, avalanche information, and are kitted out with automatic avalanche transceiver checkpoints. • The Riffelriß descent is open when the snow conditions are good. This is accessible via rack railway from the Riffelriß stop.

Restaurants on the Zugspitze and après-ski

Hearty Bavarian dishes and traditional German cuisine are on offer, all with a touch of international flair. The Gletscherrestaurant Sonnalpin and the Panorama Lounge 2962 tempt skiers and hikers to take a well-earned rest. The Sonnalpin is a self-service restaurant with an extensive range of food on offer. It is the largest restaurant on the Zugspitze with 350 seats inside and space for 800 guests on the sun terrace. On the terrace, the Dallmayr Kaffeebar serves up great espressos and latte macchiatos in true Italian style. The spacious Panorama Lounge 2962 is a beautiful place to sit and enjoy the incredible scenery. After riding up in the cable car from the Eibsee or the glacier cable car from the Zugspitzplatt train station, why not enjoy a light snack at the Gipfelstüberl, or perhaps head for the Münchner Haus, a cosy 19th-century mountain hut perched on the summit ridge. Après-ski is limited on the Zugspitze, but you can grab a drink in the Glacier Garden, the Panorama Lounge 2962 or at the Igloo Village Bar before skiing back down. There are no après-ski bars at the Eibsee or in Grainau.

What to do away from the slopes

If the weather lets you down or you simply need a rest from skiing, the Zugspitze has plenty of activities on offer. Why not learn to paraglide and get a bird’s eye view of the whole area? An insider tip for paragliders: take the Lermoos cable car tour up to the launch sites on the Grubigstein. From there you can fly over the valley basin and back down to Lermoos. Skating and Alpine curling are on offer at the natural ice rink in Grainau at the foot of the Zugspitze.

The winter season on the Zugspitze lasts from mid-November to early May – about 165 days – so it is two months longer than other ski resorts in Germany. The snow depth on the summit is usually around 2.6 metres and averages 0.84 metres in the valley. Snowfall is most likely in March, when the top station has average snow depths of up to 3.5 metres. This means the snow conditions in the Zugspitze ski area are far superior to other German resorts. On average, the season has 74 days of sunshine, and April is usually the sunniest month of the whole year. Even when it’s foggy, some of the slopes are still bathed in sunshine. From the summit of the Zugspitze, the sun deck offers a 360-degree panoramic view of 400 mountain peaks in four different countries.